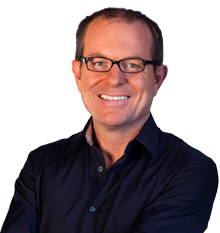 "Exceptional creators often zigzag through all eight steps, in varying order, every day. That’s part of the secret...Each step feeds the other seven." 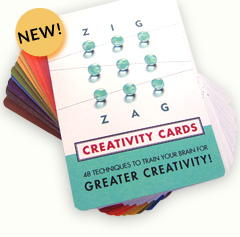 In November 1995, Disney released Pixar’s Toy Story, the first-ever movie that was 100 percent generated with computer animation. It was a huge risk; in fall of 1994, even Pixar’s owner, Steve Jobs, was about to give up and sell the company to Microsoft. But the risk paid off big-time: The movie’s reviews were astonishingly good. The Washington Post compared it to 1939’s The Wizard of Oz. The movie grossed $28 million on its opening weekend, the most successful Thanksgiving weekend movie opening ever. It went on to become the highest-grossing movie of 1995, with $192 million U.S. box office and $357 million globally.

The plot, you’d think, must have come from a burst of inspiration. A little boy named Andy plays in his bedroom with his toys, especially his favorite wooden cowboy doll named “Woody.” At Andy’s next birthday, his favorite present is a new action figure of a spaceman, Buzz Lightyear. Buzz quickly becomes Andy’s favorite toy, and Woody gets really jealous. While on a family trip to a pizza restaurant, the two toys get into a fight and fall out of the family car, getting left behind. They go through a series of adventures and challenges to find their way back to Andy’s house, and have to face off against Andy’s mean neighbor Sid Phillips and his evil dog Scud. At the end of the movie, they are finally reunited with Andy and his other toys.

But the plot did not come from a burst of inspiration. Instead, it emerged from a long creative process that resembled a zig-zagging path. The original treatment for Toy Story, written by John Lasseter, Andrew Stanton, and Pete Doctor, had almost nothing in common with the movie that we know and love. Let’s follow the zigs and zags of the creative journey that led to Toy Story.

Finally in February 1994—three years after the original treatment—Disney gave the green light. Production would start that April.

“Zig Zag is the most fun and most useful creativity book I have ever read.  Keith Sawyer’s gem sweeps you up with a host of great stories, quizzes, exercises, and teaches you one way after the other to be more creative.”

Robert I. Sutton, professor at Stanford University and author of The No Asshole Rule and Good Boss, Bad Boss

"In geometry, the shortest distance between two points is a straight line. But in creative pursuits, Zig Zag shows us, it's anything but. Keith Sawyer is the most creative person writing about creativity I know."

Robert Mankoff, cartoon editor of The New Yorker Magazine and author of The Naked Cartoonist

"Creativity is essential in our journey to the future, and this gem of a book helps each of us on the way."

Tim Brown, CEO of IDEO and author of Change By Design

"Zig Zag reveals the true nature of the creative process: improvisational, surprising, with unexpected twists and turns. The book is filled with hands-on activities that help you manage that process and keep it moving forward to a successful creative outcome."

"Keith Sawyer is the best combination of a brilliant creativity researcher and storyteller around. Here's another awesome book."

Mihaly Csikszentmihalyi, professor at Claremont Graduate University and author of Flow: The Psychology of Optimal Experience